How Water Gives Life To Finance Professionals Who Want to Add More Value?

How Water Gives Life To Finance Professionals Who Want to Add More Value? 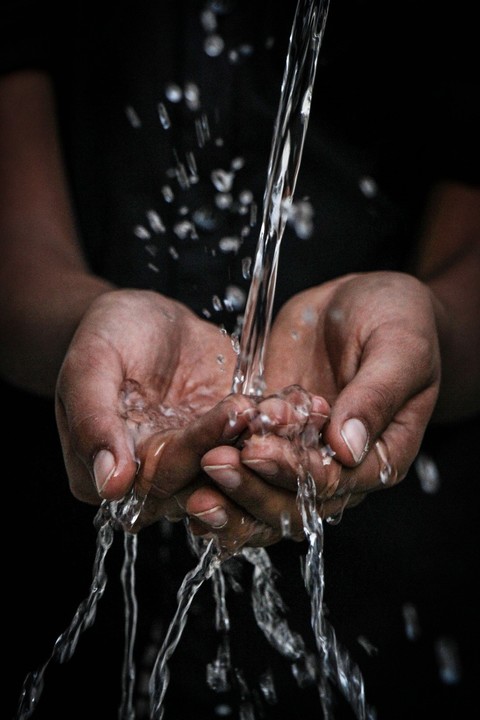 Often I see and hear finance professionals and finance leaders talking about ‘adding value’, but when they are asked to describe what that value is they find it difficult to articulate. They don’t have a simple way of looking at value and as a leader, some can’t help their teams think about genuine value as a result. So how can we define what ‘value creation’ is?

When people, whether in Finance or not, talk of value creation I think of good old-fashioned water. Because have you ever tried to grab at a substance like water? It can be quite tough. But also our value on that same water changes depending on the context we find ourselves in just like value creation within our organisations.

The increasing value of water

For instance, consider a person who say has a nice lawn that they wish to keep clean and green, and not red & dead, they might have a water sprinkler system or use a hosepipe to water their lawn. What value do they put on this activity? Probably the same as drinking the water from their own tap.

Now let’s say they go to a restaurant later that evening and rather ask for tap water with their meal go for a bottled still water, a Perrier or Evian, for which they value at a couple bucks, dollars or euro.

And perhaps two weeks later they’re in Africa on holiday, and they would pay twice what they had in the restaurant because they don’t trust the tap water running in their hotel apartment.

And then let’s say they go out on an excursion to the desert and forgot to take provisions like bottled water with them, and after baking in the sun and blistering heat of the day, how much would they now pay for some water?

As you can see the value of the same substance increases depending on the context you find yourself in.

The eye of the beholder

This is completely understandable because value and value creation is a very subjective area, the beauty is as the old saying goes in the eye of the beholder, and varies depending on their context, however whatever the context that beholder has in front of them, they have to still make a number of decisions. And those decisions present in the form of questions that if we can help them solve then we can create value and capture extra value for them.

And the great thing in finance is that we’ve great access to decision makers and also the numbers, which let’s face it are the relative results of their previous decisions, so value potential in its simplest form is about :

driving our organisations forward by delivering insights that help our decision makers create value and then helping them capture that value by putting those insights into action over time, which then improves the numbers.

For some traditionalists we’ve also we’ve broken value creation down into a Net Present Value Formula which essentially states:

This tells us where to look for the value creation, but value creation on its own without value capture limits the potential value we can offer. See the following diagram based on a version of the well-known Boston Consulting Group Matrix that I’ve adapted where value creation and capture combine to give various outcomes and potential actions for finance professionals to take.

And this decision-making context has also been changing a lot over time, and in more recent time it has been evolving very rapidly. Just look at the development of the accounting & finance profession over the last 4,000 years.

Let’s not forget Accounting & Finance has been around since the earliest enterprises were established dating as far back as 2000 BC to Babylonian times when the first accountants used to inscribe financial records and outcomes on clay tablets, which was well before they were called “bean counters” who were the so-called people who collected taxes from the harvests of the land on behalf of the king of England.

Our value first came in the form then of compliance. Keeping track of the financial data, taxes and transactions. Answering questions like what are the transactions and what is happening in or with the business?

Then the first major disruption to value creation our profession faced was probably in the second half of the 18th century from a series of industrial revolutions. These transitions came in three phases and are marked by going from:

Stepping up into Controllership

By the way all of these forced us to evolve and develop respectively methods of financial analysis ratios in particularly deconstructing various rate of investor return on their capital investments, management and cost accounting techniques for mass production & variance analysis, then after we introduced spreadsheet modelling for financial planning and analysis with the new computer power we had,

These allowed us to step up into controllership activities, and analyse, why did something happen, or what’s happening now?

All culminating to where we are today with the fourth industrial revolution which is best considered to be about having enhanced cognitive power augmenting human production. It’s opened us up to Advisory type value creation activities that help answer the questions supporting decisions around: what might happen? What can be done? How do we make it happen?

Racing ahead of conservatism

We’ve tended to have been slow to latch onto some concepts that create value, maybe it’s our own reluctance to invest in ourselves. This about the term Finance Business Partnering, it was first coined around 1963 by Stanley Harding who was a Deputy Controller at Shell, it’s not a new concept, back then it was where all the kudos was, but we’re not much further along the road. What proportion does this form of accounting or finance syllabuses at universities or within professional bodies relative to double entry book keeping, financial standards reporting or tax accounting. Or even FP&A “Financial Planning and Analysis” which was first expressed in accounting literature back in 1964 in the article “The Financial Analyst and the Computer” written by Eugene O. Moynihan in the Financial Analysts Journal. Thanks to Ken Fick for helping me track this reference down.

So the concept of value has been racing ahead, and we’ve had some visionaries who have pointed the way but we’ve been traditionally slow to adopt things that work. And the thing is unlike a lot of other departments in organisations Finance has a number of value generating assets to not only keep up with change, but also lead it and at the same time create even more value for our organisations.

And this is why we bring on guest mentors to our Strength in the Numbers Show, to share with you their stories and hard won lessons and practically figured out what our value creation assets are and how to leverage them, and create and capture even more value in and for their organisations. And ultimately help you learn how to leverage your strengths in the numbers faster so you can have a more fun, rewarding and successful career as a finance professional.

So what do you think, have we been slow to grasp value creation or are we doing enough?