What’s the one big thing Finance has always known that drives value better than anything else?

July 28, 2018 Andrew Codd Business tips Comments Off on What’s the one big thing Finance has always known that drives value better than anything else?

What’s the one big thing Finance has always known that drives value better than anything else? 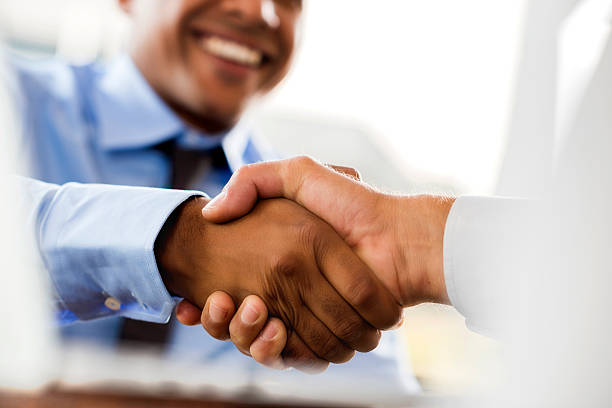 Finance teams have been around since the first organisations were established, around 3000 BC in ancient Mesopotamia, because they knew about one big thing that drove and accelerated value better than anything else, which other functions and teams sometimes forget. This is why organisations then, and even those today, need a Finance team. So what is this one big thing?

Trust! High levels of Trust drive value. There’s even a trust equation but before we get into that I’d like you to think of someone you work with or have worked with, with whom you have a high level of Trust. What first impressions spring to your mind when you ask yourself:

I’d also like you to think of a second person, only this time, you may figure out where this is going, with whom you have a low level of trust or where it’s not where it needs to be. What first impressions spring to your mind when you ask yourself:

Can Trust be Quantified by Finance

Now how would you describe the differences in the relationships? Night and Day? Successful or Unsuccessful? Eager to work with one of them but slow to work with the other? In effect, we’ve just put a qualitative value on the impact of trust but can you put a Quantitative or Financial one to built out the business case for high trust?

Well for many, trust is intangible and that that means people don’t really know how to get their arms around it. But the fact is some researchers have attempted to estimate the costs of low trust, in effect, suggesting they are like a very real tax, and likewise the dividends from being a high trust organisation are similarly quantifiable.

In 2004, one estimate in the United States put the cost of complying with federal rules and regulations – put in place essentially due to lack of trust – at $1.1 trillion, which was more than 10% of their gross domestic product at the time. A further study conducted by the Association of Certified Fraud Examiners estimated that the average American company lost 6% of its annual revenue to some sort of fraudulent activity.

Similarly, FTSE Russell discovered if you invested in the publically-traded companies featured on the 100 Best Companies to Work For® list, and each year divested stock in the companies that were no longer on the list and invested in companies added to the list, your returns would be nearly 3x times that of the general market. Furthermore, a 2015 study by Interaction Associates shows that high-trust companies “are more than 2½ times more likely to be high performing revenue organizations” than low-trust companies.

But even intuitively Finance have always known that we’ve always had to ensure trust in the numbers, whether financial or non-financial, in order to help decision makers drive sustained profitable growth in our organisations. We’ve always aimed to provide an assurance that numbers are as complete and accurate as they can possibly be, whether reporting them historically or projecting them forward to ensure our enterprises continue as going concerns. In essence these relationships can be represented in terms of an equation:

When trust goes up, cost goes down, and speed goes up resulting in a “high-trust dividend” which enables our organisations to succeed in their communications, interactions, and decisions, and to move with incredible speed.

By contrast, when trust is low, in a company or in a relationship, it places a hidden “tax” on every transaction: every communication, every interaction, every strategy, every decision is taxed, bringing speed down and sending costs up. My experience is that significant distrust doubles the cost of doing business and triples the time it takes to get things done.

So given we understand there is a business case for trust we next need to know how to build it. I shall do this in a follow up article but it is also related to why we bring guest finance mentors onto our Strength in the Numbers Podcast, that have a credible track record in Finance because they know role Finance plays in building trust and they share their stories about how they have practically driven value for their organisations. How their experiences can help you become more influential and solve meaningful problems faster and at lower cost, in fact the episodes are free, so you have no excuse to go onto learn some new practical approaches towards having a more fun, successful and rewarding career in accounting & finance.

So what techniques would you recommend to build trust with others and increase your impact in the business? Or what steps would you take yourself?

The author Andrew Codd is the producer of the Strength in the Numbers Podcast which interviews real finance practitioners to break down their hard won lessons and deconstruct their practical methods that work on the job and which you won’t typically find in textbooks or exams so that we create more influential accounting and finance professionals worldwide who solve meaningful problems for their organisations and in return have fun, rewarding and successful careers in finance.